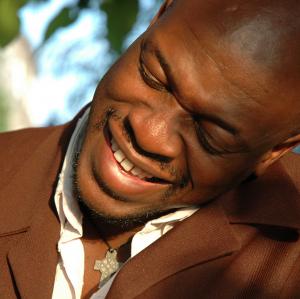 Anywhere in the world today you will hear the unmistakable voice and trumpet of Louis Armstrong. Even three decades after his death, Satchmo still tops the pop charts. Jazz vocal virtuoso, Gwyn Jay Allen, brings this great legend to life. Not only is this a unique tribute to the late Louis, but as many people have described him "Louis Armstrong reborn", Gwyn personifies both the jester and genius of Satchmo. You can't help but marvel at the likeness in both his voice and character. Gwyn's vocals have graced tracks recorded by musical giants including soul diva Diana Ross, reggae heavyweight Maxi Priest, and dance icons Jamiroquai. Gwyn's musical collaborations have included working on songs with dance band Basement Jaxx. We love working with Gwyn.